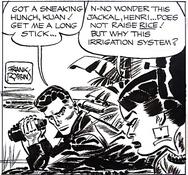 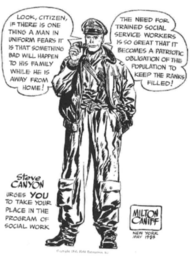 Artists like Milton Caniff, Will Gould, Noel Sickles and Frank Robbins were creating a new visual vocabulary with new black and white graphic codes that were very dynamic and fast pace. 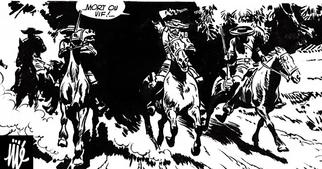 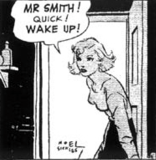 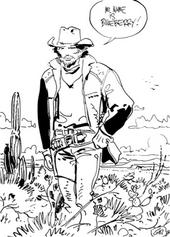 Several years before World War II and immediately after, there was an explosion of American comics that were published in the Daily and Sunday sections of most popular newspapers. It was the golden age of comic strips that found their stories in popular literature: police stories, westerns, war stories and science fiction. Most comic strips were syndicated under companies like King Features Syndicates or New York News Syndicate and employed known artists and new comers.

​​Black and white allows you the ability to draw clean and precise lines as well as fast, supple and dynamic brush strokes. It gives you the "artistic license" to render reality, alternating great details with loose rendition of subject matters. The juxtaposition and high contrast of large black surfaces with the white of the paper are very powerful and visually effective, helping to tell a more compelling story.